Spatial analysis of stomach and liver cancers in California

California, located in the west coastal region of the United States, is the largest state by population in the United States. It has had the highest rates of new stomach and liver cancers in the country since 1999 and 2004, respectively (1).

We explored impact of ecological risk factors associated with each cancer, including 1,2,3-trichloropropane (TCP) in drinking water, poverty, rurality, gender, and race (4-6). All variables above were measured at county level among 58 counties in California. Due to its intense agricultural use of the land and relaxed prior regulation on the releases of chemicals in the water aquifers, many California counties have been detected to have elevated levels of potent carcinogens in its wells and public water systems (7,8). One of the most toxic chemicals found was TCP, which, based on animal studies, has been shown to be associated with stomach, liver and other cancers in rats (9). No studies have discussed the association between stomach and liver cancers with the variable TCP in California. Among the demographic factors, we estimated the relationships between the area-level variables of percent below poverty level (poverty, %), percent of rural area (rurality, %), percent of males (male, %), and percent of African Americans (AA, %) with the incidence of stomach and liver cancers, respectively. Spatial variations of stomach and liver cancers have been found in some other geographical areas, including Ontario province in Canada, and Shenzhen, a major sub-provincial city in China (10-12), however, to date, spatial distributions of these two cancers have not been explored in California.

The purpose of this study was to assess, via a Bayesian analysis, the spatial distributions of relative rates for stomach and liver cancer and the associations of these diseases with TCP in drinking water, along with poverty, rurality, gender, and race. This county level risk estimation will help identify regions that may need targeted interventions designed to reduce the disease burden.

Liver and stomach cancer incidence data from the years 2006 to 2015 were obtained from the National Cancer Institute Surveillance, Epidemiology, and End Results Program (SEER) from cancer registries in California (13). SEER is an authoritative source of information on cancer incidence and survival in the United States (14). The data were collected from population-based cancer registries (14). No obvious temporal pattern was detected in preliminary examination of the incidence for both cancers. As aggregating longitudinal data increase the capacity to detect spatial patterns, we included the total incidence in California at county level from the year 2006 to 2015 for each cancer separately. In order to calculate the age standardized incidence ratio (SIR), we considered three age groups: 20–39, 40–59, and 60–79 years. We used California population data from the same years as our outcome, 2006–2015, when calculating SIR. The population data were obtained from the United States Census Bureau (15). Also, several covariates were considered, such as percent of males (male), percent below poverty level (poverty), percent of rural area (rural), percent of African Americans (AA), and percent of TCP over the public health goal (PHG) level (TCP over the maximum allowed level) in each county in California. We assessed the percent of males from SEER (16). The percent of rural area was based on the 2010 census (17). The percent below poverty level and percent of African Americans was obtained from 2011–2015 American Community Survey 5-Year Estimates (15). The TCP test data through 2006–2018 was obtained from the drinking water programs of the California water boards which maintains the drinking water’s quality analyses database (18). Only the active public water system and wells test results were included in our analysis. We used the allowed cutoff-PHG for TCP the cutoff (19). The percent of the allowed TCP was calculated as the percentage of test results in each county beyond established PHG cutoff of 0.0007 µg/L.

Bayesian approaches offer natural framework for epidemiological studies, where the spatial distribution and determinants relating to health need to be considered (20). Due to the rapid development of computing, Bayesian approaches are now widely used. To reach the goal of disease mapping, spatial models which account for the spatial correlation between adjacent regions using random effects can be considered in the process of making inference. The random effects, including unstructured heterogeneity (UH) and structured heterogeneity (CH), can capture the spatial correlation not explained by the covariates. To capture the spatial correlated heterogeneity, a few models were used, such as the conditional autoregressive (CAR) model (21) and Besag, York and Mollie (BYM) model (22). By allowing each spatial area to have a different coefficient, the model can also be extended in a geographically weighted regression (GWR) setting.

The purpose of this study was to explore the spatial distribution of the relative risk of stomach cancer and liver cancer respectively and related socioeconomic variables in 58 counties of California, USA, incorporating random effects. A Poisson-lognormal model used to fit each cancer type separately is given by:

where yi is the total number of the observed incidence of the stomach cancer or liver cancer considered in county i. θi is the relative risk and Ei is the expected incidence of the cancer considered in county i, which is the product of state incidence rate and county population (Popi). i = 1,...,n, n = 58 is the total number of counties. α is the intercept, and α ~ N(0,0.005−2) distribution.

βj is the coefficient for jth covariate, βj ~ N(0,0.005−2). The model was also extended in a geographically weighted regression (GWR) setting that local coefficients, βij represents the coefficient of jth covariate for ith county, were estimated by introducing the neighboring features. , where and τω~ Gamma (0.001,0.005). The random effect for the spatially correlated heterogeneity (CH), vi, was assumed to follow a CAR prior:

We performed sensitivity analyses and the results are robust for different specifications of the prior distribution parameters, for example Gamma (0.001,0.001) and Gamma (1,1) for τv and τu, respectively.

To measure the predictive accuracy of the fitted models, we considered the Watanabe Akaike information criterion (WAIC) (23). WAIC is a fully Bayesian measurement (24) for estimating the out-of-sample expectation (25). The computation of WAIC starts with the computed log pointwise predictive density and then subtracts a correction for the numbers of effective parameters (26). The parameters degrees of freedom indicate the complexity of the model. As the deviance information criteria (DIC) is widely used in recent years, it was also included in the results for the purpose of comparison. A lower WAIC/DIC value indicates a better goodness-of-fit.

The Figure 1A-1E presents the spatial variation of the variables considered in California, including for TCP (range: 1–100%), percent of male (range: 47–68%), percent of poverty (range: 2–23%), percent of rurality (range: 0–45%), and percent of African American (range: 0–14%). The spatial variations of these variables look different to each other according to the maps. The Figure 2A,2B present the raw log SIR of the stomach and liver cancers respectively. The darker shades in the maps indicate higher SIR. The ranges of log SIR for stomach and liver cancer are (−µ, 0.51] and [−1.11, 0.23], respectively. For the SIR of stomach cancer, the SIR for 20 out of 58 counties was over 0, while for liver cancer it was 9 out of 58 counties. The counties with higher risk are located in the midwestern regions of the state for liver cancer. 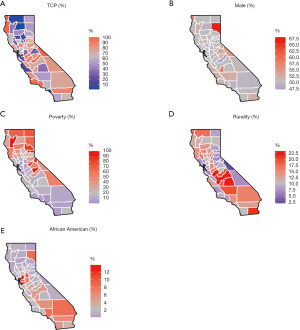 Figure 2 Maps of SIR in logarithm scale for stomach (A) and liver (B) cancers (color in orange: above 0; color in grey: around 0; color in purple: below 0; color in deep grey: no event as SIR =0). SIR, standardized incidence ratio.

In our spatial Bayesian analysis, models with random effects greatly outperformed the models without random effects. There was a marked spatial variation of liver cancers in California at the county level. Also, we have found lower risk for each cancer type associated with rural regions, and an increased risk associated with poverty. Our findings agree with the results from other studies. For example, in 2003, Horton discussed the socioeconomic factors, including poverty and rurality with cancers, such as stomach and liver cancers (31). He concluded that less developed societies tend to have higher cancer incidence. Also, Kogevinas et al. in 1997 pointed out that in the lower social strata, excess risks were found in both stomach and liver cancers (32). In other studies, both cancers were found to be more common in males than in females (3,33). Also, among other races and ethnicities, the two cancers were found to be the least prevalent among non-Hispanic Whites (3,33). However, we have not found any association related to sex and ethnicities.

Limitations of our project includes the fact that the data used for TCP were not a random sample and instead based on the available tests during the time periods considered. The TCP data were collected based on the regular monitoring of drinking water chemicals by California water boards. Each community water system is required to collect four quarterly samples during the designated year prior to any treatment. The designated year is based on historical monitoring frequency and laboratory capacity by the state water board (34). Also, the presence of TCP above the allowed level does not necessarily mean the water was used as drinking water. Both the continuous TCP data and percent of the allowed TCP were considered, but no association result was found. Also, due to confidentiality, individual data was not available, and the data was aggregated at the county level. As a shortfall of ecological study, there is a loss of information due to aggregation. Therefore, further studies should examine the reasons for the association between poverty and rurality between stomach and liver cancers. A limitation in the modeling is that instead of age adjusted expected incidence, general expected incidence was used.

Our findings could help public health officials identify regions with higher cancer relative risk, and better understand the risk factors for these diseases, such as spatial location, poverty and rurality. This can help public health administrators more appropriately plan and target the use of available resources to reduce the burden in the high risk areas. Suggestions include motivating screening for established risk factors and prevention activities and increasing the public awareness of stomach and liver cancers in high risk areas.

Funding: This work was funded by the College of Art and Science, Western Michigan University.

Provenance and Peer Review: This article was commissioned by the Guest Editors (Peter Baade, Susanna Cramb) for the series “Spatial Patterns in Cancer Epidemiology” published in Annals of Cancer Epidemiology. The article has undergone external peer review.

Conflicts of Interest: Both authors have completed the ICMJE uniform disclosure form (available at https://dx.doi.org/10.21037/ace-19-21). The series “Spatial Patterns in Cancer Epidemiology” was commissioned by the editorial office without any funding or sponsorship. The authors report that this work was funded by the college of Art and Science, Western Michigan University. The authors have no other conflicts of interest to declare.

Ethical Statement: The authors are accountable for all aspects of the work in ensuring that questions related to the accuracy or integrity of any part of the work are appropriately investigated and resolved. The project does not include human subject research since we used aggregated data at the county level. No ethnics approval is required.